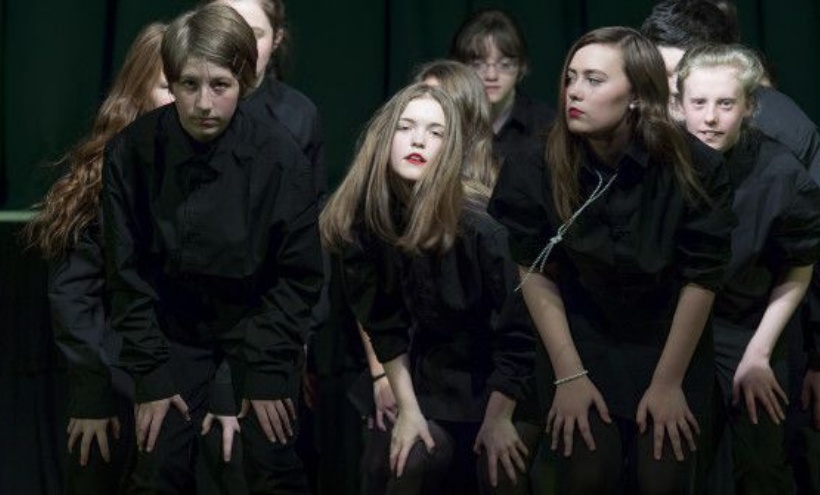 The CET Day of Performance expanded in 2015 to East and West days of Shakespeare over 48 hours: seven plays in total, each in an expertly edited half-hour version, featuring 128 student performers and 83 production design team members.

Ash Green’s Romeo and Juliet opened the event, followed by Rugeley’s Macbeth and Thistley Hough’s A Midsummer Night’s Dream. The second day opened with Lynn Grove’s Merchant of Venice, followed by another Dream by Caister, Weavers’ Othello and Abbeyfield’s Hamlet.

Our festival uncovered talent of all ages was, from Year 7s new to the stage at Lynn Grove to accomplished 6th form drama students at Abbeyfield; from the comic verve of both Bottoms, Jessica Conde (Thistley Hough) and Daniel Guilemette-Smith (Caister), to the tragic, winsome fretting and singing of Ophelia/Libby Stanton (Abbeyfield); from the racy, graffiti’d skateboard park in which Weavers set Othello to the black humour of a Macbeth re-cast against a 1940s radio soundtrack with glamorous witches modelled on the Andrews Sisters. Director Emily Askey (teacher of English at the Rugeley Academies) used the cast ingeniously throughout, but perhaps most memorably in the scene in which Macbeth receives the murdered King Duncan’s crown to the tune of “The Sun Has Got His Hat On”.

Bravo to all the performers, congratulations to all the designers and compliments to all the staff who made it a success.